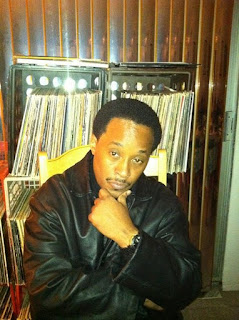 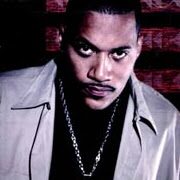 DJ LordRon says "I met Krumb back in 2001 or 2002 through my Europe brudda Milan who designed/created Krumbsnatcha's website and mine. Milan told Krumb about my beats & introduced us to each other. Krumb & I did some buildin' over the phone and emails. We knocked out two joints which I truly appreciate re working with Krumb & Guru.
I've worked with Guru, Krumb, Lil Dap (solo) & Group Home. How many DJ/Producers can say that? re Gang Starr Foundation when in fact they have the best hip hop producer ever in DJ Premier. It all started with Krumb for giving me a chance and I will always be appreciative, word up.
When I heard the news about Krumb who just retired from the music biz in 2012, I had to show my respects by spinnin' some of the dope music he has created since I've first heard Krumb in 1997. One of the illest to touch a MIC!
Krumb will now work with the youth and that's a powerful energy. Krumb, thanx for sharing your expressions through ART. All the best to you brudda! Big up to the W.O.L.V.E.S. & Big up to the Gang Starr Foundation & The North Alliance...To all who bang out this mix, give the brudda Krumb a SOUL CLAP!"

Gee-O says "I'm extremely happy I was able to provide a crazy beat to Krumb Snatcha back in Dec 09. It became a Christmas song but was unreleased. Still nuff respect!!! Godspeed!!"